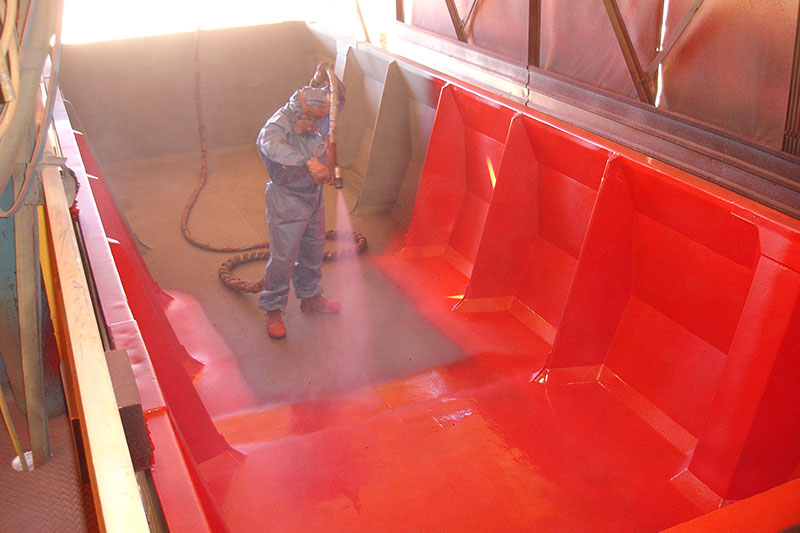 Initial trials were implemented with the objective of sourcing a spray applied liner which would reduce load CB. (Carry back is defined as the amount of material that remains in the rail wagon after unloading). The client’s expectation was to reduce the load CB to less than 5% from the current CB ranging from 17-22% depending on the age of the wagon. Nukote HAR II and ST both exceeded the expectation, reducing CB from 0-2%. This has been the driving force behind further market development for this application. Current practices for reduction of CB in rail wagons have high labor costs (manual removal of remaining ore), higher load weight return increasing fuel consumption, and slower return to service / discharge efficiency.

In 2004 Nukote began practical trials with Portman Rail. The trials were initiated to determine the correct product specification specific to iron ore wagons for the Mount Jackson Koolyanobbing mine. The ore was transported to the port of Esperance and found to have high chloride ion content and extreme abrasion properties. Three supplier were chosen for the trial; Nukote, BASF and International Paint. Products submitted were; Nukote ST, International Polybrid and a BASF Polyurethane system.

A formal trial was initiated with conditions for review after one year in service. The term was reduced after 6 months in service, at which time all three coatings where evaluated by Rapallo Consulting Engineers in Kalgoorlie WA.

Nukote initiated the contracts with Portman rail that included a two year warranted system with inspection and coating maintenance after one year in service. The specified DFT was 2mm. The system was subsequently modified jointly between the client and Nukote to a DFT of 3mm with the warranty extended to 5 years with inspection and coating maintenance after 2.5 years.

Portman Rail was subsequently purchased by ARG Australian Rail Group. The Nukote product and specification were retained by ARG as the preferred coating system. ARG was subsequently acquired by QR making them the largest rail network in Australia. Nukote products and specifications remain the only protective coating approved in Australia for Iron Ore wagons, tippers and belly dumpers.

As of January 1, 2016, Nukote products have been applied to more than 125,000 square meters in Australia alone on rail cars, truck trailers, containers and bins.

In 2010 Nukote began approach of all rail wagon manufacturers in Australia EDI Downers and UGL (United Group Limited). Painting facilities where built in two locations in 2010 one in Perth for UGL and one in Kalgoorlie for EDI Downers.

In 2012 QR asked Nukote to establish and new and used application affiliate in Esperance WA. This was established by June 2012 and now services over 5 separate mine operations that export from Kalgoorlie, to Perth and Esperance.

Expansion on to coal transport has been the forefront of Nukote development.

15,000 Iron Ore wagons have been coated through January 2016 with contracts for more in process at Pilbara, Esperance, Perth, Whyalla, Genesee & Wyoming, and Bowen Basin Coal expansion.

Similar applications have been carried out for shipping containers to transport Canadian bright yellow sulphur or bulk elemental sulphur / Ammonium Sulphate, Amsul). These containers were built in China by Singamas and CIMC for Australia Mining Minara.

On a scale from 1-10 used to determine suitability from derived physical properties in project specific conditions, the below determinations are found:Reduced Carry back: 10

Nukote has focused significant research and development and marketing resources on the rail and transportation sector.

The China manufacturing sector has and continues to implement Nukote products for rail and container applications. In 2012 we initiated works with major wagon producers in China CSR, CNR, QRRS, CIMC automating the coating of new rail wagon coatings in China

North American trials are in process for the development and implementation of this application in the mining and agricultural commodities sectors.

Australian applications are expanding to the Eastern provinces for all rail operations.

Current United States laws are being implemented requiring all rolling stock (rail) meet specific standards that include, fire resistance, impact resistance, erosion resistance, etc. This focus is primarily related to hazardous goods transport however rail stock manufacturers and the industry are developing standards for elastomeric thick film coatings that will be implemented fully by 2020.

Nukote Coating Systems remains at the cutting edge of these new product and application technologies. 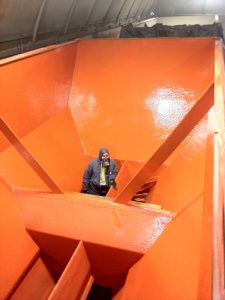 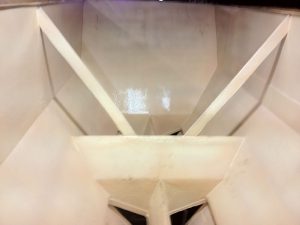 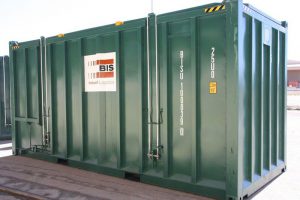 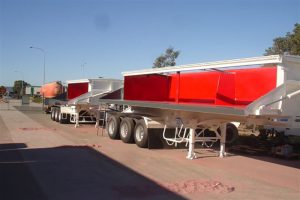 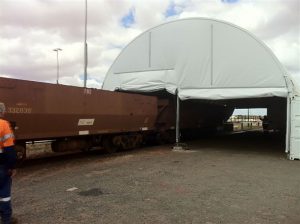