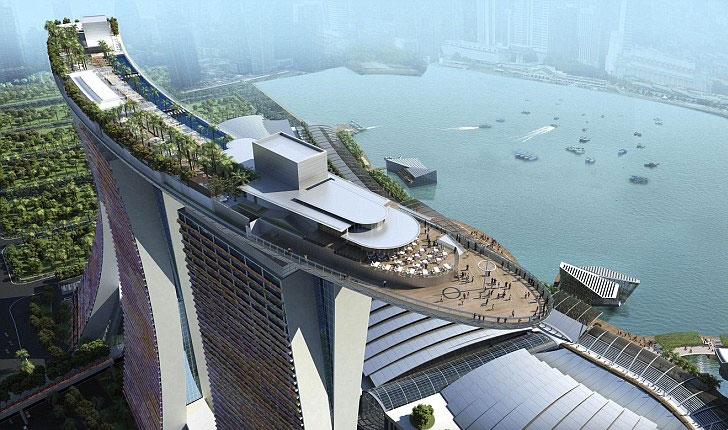 The Marina Bay Sands Integrated Resort is located in the Central Business District of Singapore on Marina Bay. It is part of a large central development project on Marina Bay that includes; museums, high rise office towers, hotel, parks and the resort itself.

The resorts construction started in the fall of 2007 and was completed in the fall of 2010 at a total cost of approximately $2Billion USD. The resort is owned by Sands Hotels (Las Vegas) and includes the Casino, Convention Centre, Shopping Mall (complete with an interior gondola water feature, Multiple Venue Theatre and Events Centre and a triple 58 story hotel complex capped by the Skypark that covers the largest cantilevered roof system in Asia.

Nukote Coating Systems first became involved with the project in early fall 2008 at the request of Marina Bay Sands, to assist with the design and approval process for a blast mitigation coating system, to replace the specified plate steel protective layer which was to be installed below the traffic accessible points in the complex that covered basement level occupied spaces. Nukote assisted Marina Bay Sands in the specification and approval required from the Ministry of Interior and Defense in Singapore. Nukote began working closely with Marina Bay Sands in a variety of specifications that included coordination with Aedas and Peridan, resulting in the use of a wide range of Nukote Coating Systems products in a variety of applications. 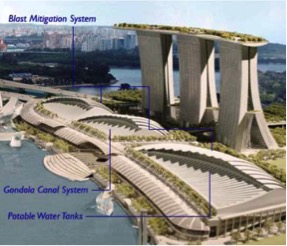 Hotel Tower Roof and Lift Roof System was an original Nukote specification designed to waterproof the three 58 story Hotel towers and the lift structure tops located underneath the Skypark cantilevered roof structure. The tower roofs covered the perimeters of each of the three towers.

The application of this portion of the work was complicated due to the previously installed mechanical systems (tracking for automated window washing mechanisms, water lines, power lines, lightning protection systems, etc.) and that the entire structure was operational including the hotels below and Skypark above.

Skypark Gardens Waterproofing System specification was a revision to the traditional system specified, coating, drainage mat, liner, coating configuration, which was simplified to a Nukote specification designed to waterproof the four large park areas to be planted.

Nukote CG Hybrid Polyurea was selected due to its resistance to root penetration, bio degradation from soils and low permeability levels. This specification was critical to the designers since 3 hotel towers were directly below the planters and the feature itself is a key attraction for the resort and hotels. The system specified was Nukote CG at 2000 microns (2.0 mm or 80 mil) over Nukote EP Prime II primer at 100 microns (0.1mm or 4 mils), over abrasive blasted concrete substrate with major defects filled with twin pack adhesive epoxy system.

Skypark Structure Roofing System specification was a revision to the traditional system specified, liquid applied white acrylic membrane, simplified to a Nukote specification designed to waterproof the restaurant and facilities structures placed in the Skypark environment. Nukote ALU (Aliphatic Polyurethane) and Nukote BG (Brush Grade Hybrid Polyurea) was selected due to its resistance to impact during construction and after construction during maintenance of equipment systems. Another consideration was the application period when the hotel was operational and concerns about over spray during installation. This specification was critical to the aesthetic requirement as the roof is visible in many areas. A mock-up was performed in Kuala Lumpur to assure the viability of the application. The system specified was Nukote Protect ALU at 350 microns (0.35mm or 14 mils) over Nukote BG at 2000 microns (2.0 mm or 80 mil) over Nukote EP Prime II primer at 100 microns (0.1mm or 4 mils), over high density cement board with joints taped and material sealed.

Gondola Canal and Vortex Feature Coating System specification was initially designed for a salt water system, which was subsequently changed (during installation) to an ozonized water system. The owner originally selected a black color for the system and then revised this to a blue grey color (after application works were complete and the shopping mall was in service).

This application was an aesthetic feature in a 7 Star shopping mall with a unique vortex fed rainwater ingress system that provided some difficulties in the design and application stages.

Potable Water Storage System specification was originally designed for a tile over concrete system, which the owner and architects changed to Nukote ST PU PW pure polyurea due to the poor concrete quality that contained cold, joints, cracks and low compressive strength. This application was for drinking water storage for the entire complex. Nukote ST PU PW was selected for the systems crack bridging properties and NSF (USA) Potable water approvals.

The Marina Bay Sands project is a typical example of the support systems Nukote Coating Systems brings to its clients. This project utilized many traditional waterproofing and protective coating systems, however, the owner and architects selected Nukote products when the application was complex; in high visibility areas (Gondola-Vortex Canals, Skypark Roof Structures), where chemical exposure was a concern (Gondola Canals and Vortex), where design parameters had to meet specific security specifications (Blast Mitigation), or where the waterproofing had to be 100% durable and assured (Skypark Gardens/Hotel Tower Roofs/Skypark Structure Roofs/Potable Storage). Nukote worked with the client from the design through material supply and application stages assuring that complex applications were perfectly completed.

We entered this project from an initial web site query for support with blast mitigation, assisted the client in offering a never before utilized blast protection method and convinced the public security bureau, through mathematical engineering calculations, that the system was superior to the original design and successfully performed the application. This lead to a direct working relationship with the client and architects who actually relied on Nukote design and specification expertise for all the critical aspects of the projects protective coating systems. The result was 1.5m USD in products sold under sole specification of Nukote products. This project has unique synergies with other commercial construction projects in the entertainment and hospitality industries where Nukote has successfully specified and applied a variety of systems in casino projects in Las Vegas, Atlantic City and Macao, Philippines’, Hong Kong and in sports stadiums and entertainment parks across the globe.

Current projects tendering or under construction directly resulting from this high level project include, Stadiums in Brazil, two new Casinos in the Philippines and a variety of hotel projects around the world. 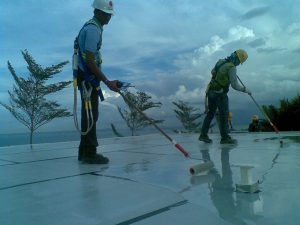 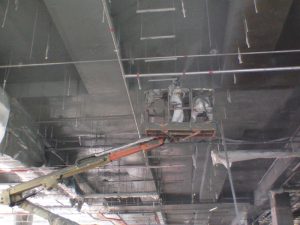 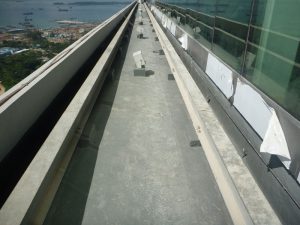 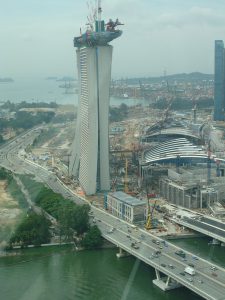 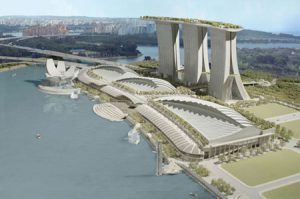 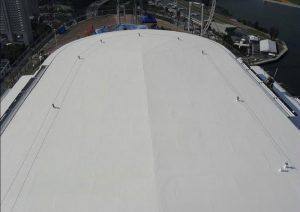