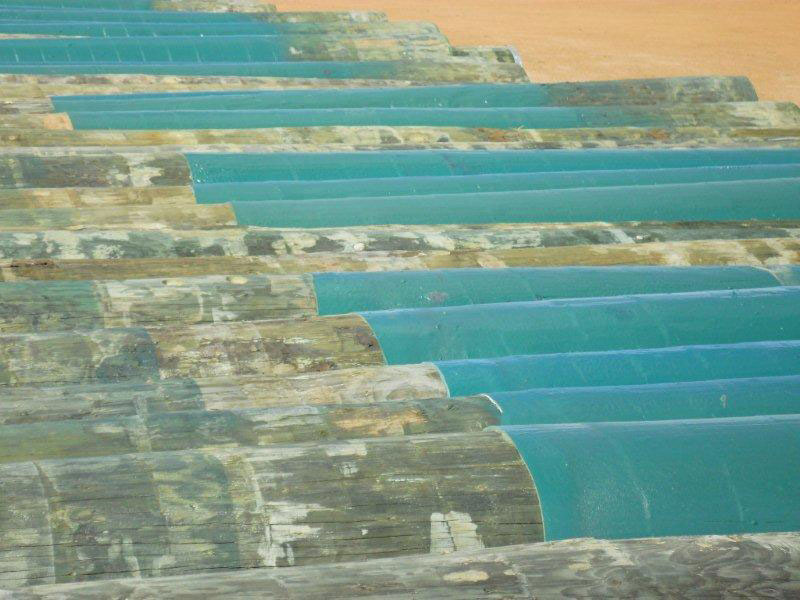 Working in conjunction with the pole supplier, the client and testing laboratories, Nukote designed a product and application standard for fire proofing and protection of wooden poles. After significant testing and trials, the system was accepted by the client and supplier. This system has been in use in Western Australia for more than four years and has become the standard in geographic locations where brush or veld fires are problematic.

Black Saturday was an event where a series of bush fires were burning across the Australian state of Victoria/NSW/WA starting on Saturday, 7 February 2009.

The fires occurred during extremely dry weather conditions and resulted in Australia’s highest ever loss of life from bushfire; 173 people died and 414 were injured as a result of the fires. 400 individual fires were recorded on 7 February. Following the events of 7 February 2009 and its aftermath, that day has become widely referred to as Black Saturday.

Two months after the black Saturday fires it was established that the root cause was from a small bush fire that burned down a series of wooden power transmission poles shorting out the electrical transmission lines they were supporting, causing the fires to propagate into a massive fire storm

Western Australian wooden power poles had been neglected for many years. Western Power initiated a big push to replace over 35,000 poles annually in the rural districts of Western Australia. New legislation was being sought to require that all poles needed to withstand a common veld or bushfire.

Nukote Australia, in conjunction with KOP, initiated in-house testing concurrently with CSIRO who were developing new test standards being for Veld fires, now referred to as ASTM D-2898-08, Method A, Augmented with UV. This test is also known as “Testing of Polymer Coated CCA-Treated Pine Poles in accordance with the ENA Pole Fire Test Method”. 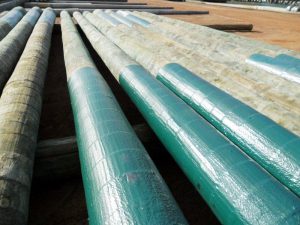 Due to a lack of suitable native trees in Australia and the environmental issues surrounding creosote treated poles, the new environmental legislation included a requirement for all new poles to be only CCA treated. CCA treated poles are subject to “after burn testing” due to the poles ability, when CCA treated, to continue to burn even after the veld fire has passed by.

Nukote FR (FSP) as the only product tested for a double burn during the initial trials. Each in-house trial was monitored for wind speed and required to withstand an intense fire burn for 15-20 minutes @1000-1200°C then handle smouldering to determine after burn effect at the base of the poles.

It was determined at this stage that the moisture content could vary significantly. Often when too much moisture exists in most substrates outgassing and blistering can cause delamination and cracking. Minor formulation changes were made to Nukote FR increasing elongation to resolve this. This formula change in fact put Nukote FR on the product determination fit for purpose scale as follows: 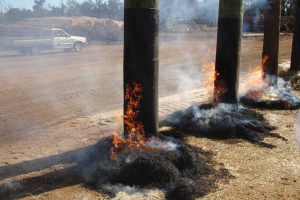 ASTM E-1623 The fire test method is based on a modified version of the ASTM E1623 “Standard test method for determination of fire and thermal parameters of materials products, and systems using an Intermediate Scale Calorimeter” (ICAL) shown here in Figure 1.

Upon inspection after termination of the replicate ENA pole fire tests, the Nukote CCA treated Radiata pine poles, coated with 3mm Nukote FR as identified in this report demonstrated fire test performance which can be deemed ‘Excellent’ in terms of the ENA rating system described in the referenced test method. The ENA pole fire test criteria (‘excellent’, ‘fair’, ‘poor’) were originally established on the basis of char depth (surface disruption) and the overall structural damage and effect on serviceability of the fire exposure conditions on wood poles.

The char depth of the replicate test specimens did not exceed 5 mm.

Epoxy versions had been tried and tested in field applications but were problematic. The ability to coat year round, without weather conditions hampering curing, increased production capabilities from 50 poles per day to over 300. Increased production and reduced labor costs now made Nukote FR far more competitive in total cost comparisons.

Handling and curing of the epoxy system required that the pole could not be handled or moved for 24 hours. The new FR version allowed front end loaders to remove and restack within minutes of application. FR products provide extreme durability, eliminating the requirement for additional protection and wrapping for much less durable Epoxy systems.

A green color was chosen to meet all public concerns.

Nukote FR application in full production using an application team of 4 personnel, complete between 200-400 poles per day in remote Western Australia. Nukote is now working with many utilities and consulting engineers throughout Australia, The United States and South Africa.

The application which began on wooden poles only has shifted to include concrete and steel poles which require full replacement in the same bush fire situation. KOP is now regaining better market realization to other utilities and local governments which are now shifting away from Steel and Concrete poles to CCA Pinus Radiata poles. We expect this growth to expand market penetration significantly for Nukote FR applications globally.

Our success with Nukote FR has created opportunities for Nukote to further develop many other applications, meeting the demand of the global power industry for newer technology with improved asset protection. Some of these opportunities are as follows:

Further market development into “other” applications; marine, building, oil and gas, petrochemical, for this unique product.

A new formulation has been in trial for several years combining Nukote FR with pesticide suspension for termite protection. 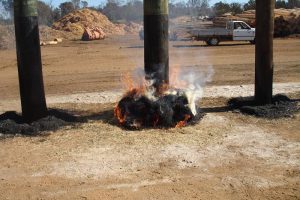 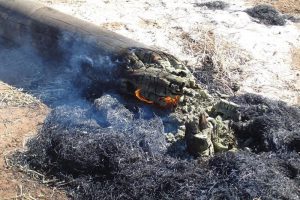 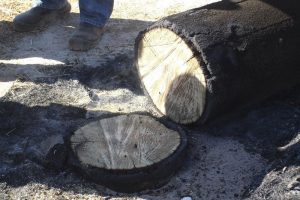 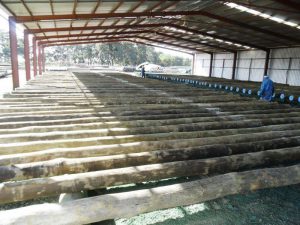 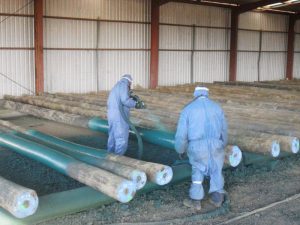 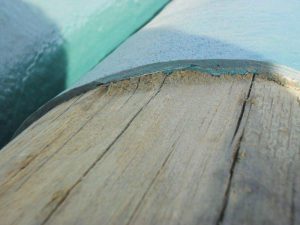