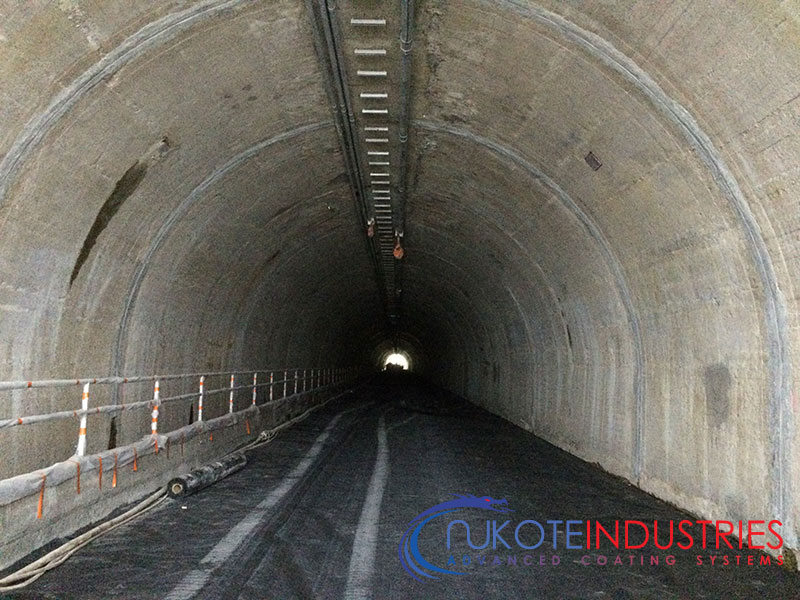 Nukote was engaged in this projectat the request of the clients consulting engineers. We visited the site on several occasions and worked directly in the specification development with the consultant.This Wilcox tunnel is a primary arterial from a suburb to the downtown area of the city. It was built in the early 1900’s and is comprised of two lanes and a pedestrian walkway. The rehabilitation of the tunnel had the primary objective to make it safer for drivers and pedestrians and stopping water leaks which were prevalent. This was not a state of federally funded project so budget was a concern with total financing from the city. The design specification arrived at was to abrasive blast the substrate, install new joint closures at construction joints and inject problematic leaking areas. The ystem arrived at was a composite of aromatic elastomeric polyurea as a base coat with a bright white polyaspartic aliphatic top coat. New lighting, handrails and other safety features were also installed. 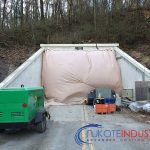 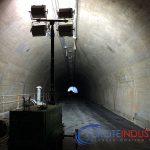 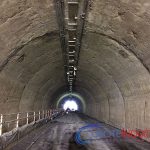 This project was challenging in several respects; limited budget, tight installation window, installation requirement during winter raining season among the primary aspects. The solution arrived took all of these aspects into consideration. Skim coating of the substrate wrecommended but denied due to budget, making aesthetics less than perfect.Nukote worked throughout the project with the contractor and the client to overcome obstacles and meet the objectives as defined and all within budget. 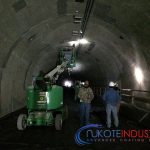 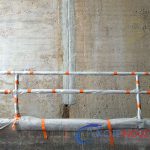